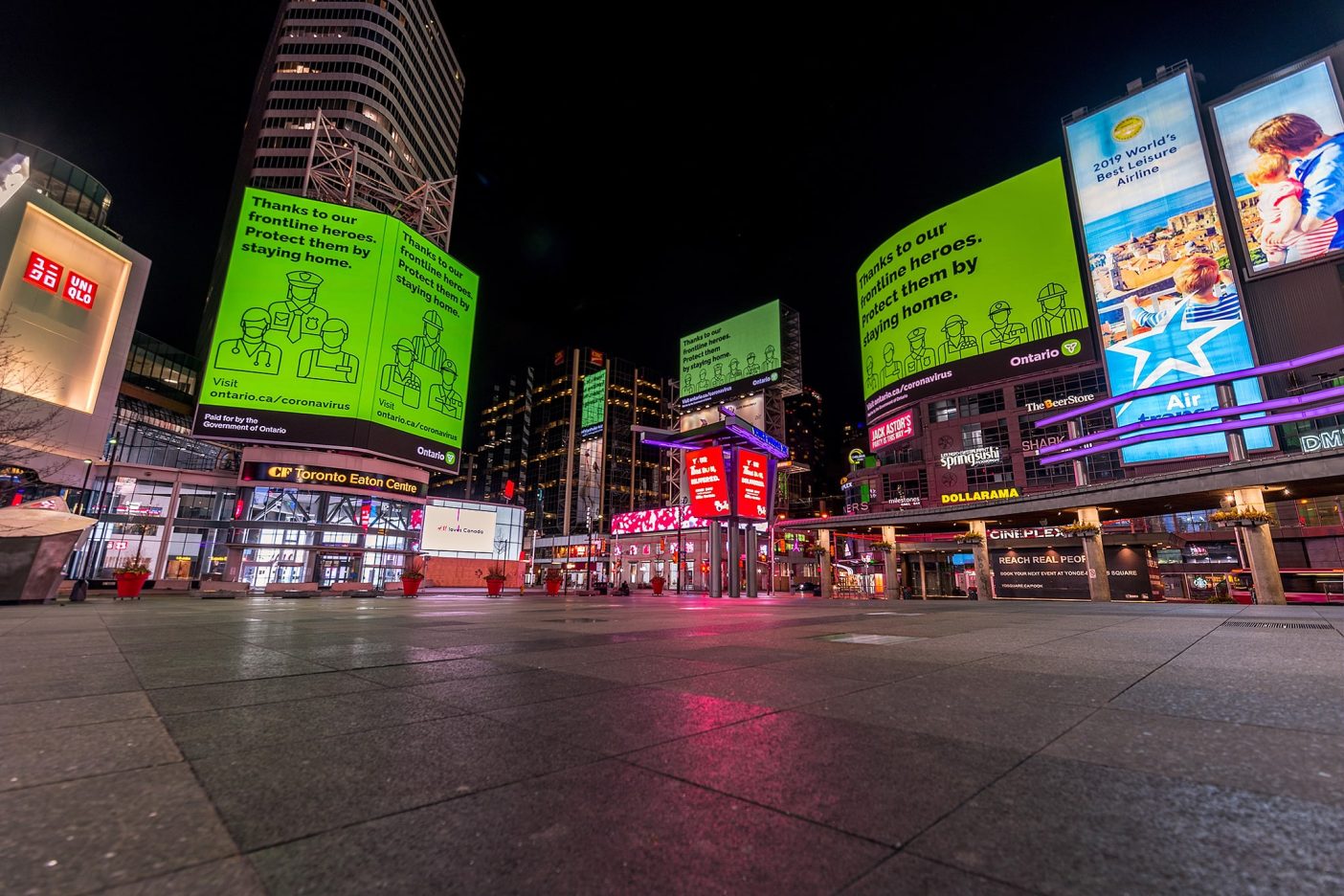 When the global pandemic from COVID-19 hit, many cities and towns became almost unrecognizable due to people not only working from home (or not at all), but also spending most of their free time at home as a safety measure. Aside from the barren streets, there were lineups to get into the stores that were deemed essential and allowed to open. Masks were mandatory indoors and people were asked to keep 6 feet distance from one another. And of course, signs could be seen everywhere praising our front-line workers for their hard work and offering moral support for everyone else experiencing difficulty with the major changes being faced by each and every resident of our city.

Like many photographers/videographers that were now out of work due to restrictions, the urge to capture the very different looking city in the abundance of free time was a no-brainer. While I’m mainly a photographer with little videography experience, I took this opportunity to learn new skills and capture Toronto in a bigger way that I normally would.

The following video was recorded in late March & April of 2020. And of course, a few photographs were taken in the process.

Kotsy Photography is a Toronto wedding photographer specializing in capturing couple's uniqueness through authentic, compelling & fun images. From large, all-day weddings to elopements & engagement sessions in Toronto, Ontario and the rest of the Greater Toronto Area.